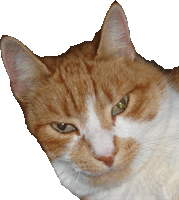 One of the first tool I made for scenery designers was the Conditional Animation Tool, CAT. The first version of this tool was released in 2003 and I mainly started making it because I grew tired of tweaking animations by hand (and I got tired of explaining people how to tweak them by hand). After the release of FSX, the development on CAT sort of stopped. The new native FSX format does not allow that kind of tweaking and for FS2004 the tool had most needed functionality already.

But since then there is another kind of animation tweak that I made a tutorial about, the tweak to get animations with more than 1024 frames into FS2004. For this tweak there is no tool yet and on the FSDeveloper forum the tweaking required is discussed now and then. I always hoped to make a tool for this tweaking as well one day.

Two weeks ago I got a good idea. Why not use the FSX gamepack to make long animations and then convert them to FS2004 MDL for people using FS2004? That way you can overcome the limitations of the FS2004 gamepack. The only thing you need to do is write the correct ASM code for the long animation. Since ModelConverterX can already convert objects from FSX to FS2004, I thought it would be nice to add this animation functionality as well.

So you can say that there will be a new version of CAT. It is now called the Animation Tweaker and it will be a wizard in ModelConverterX. But the icon will still be the cat you are all familiar with. I have been coding on this new wizard in the last days and I have got the basics working now. I just need to do a little more testing before I include the functionality in the development release as well.

At the moment the wizard does two things:

In the future I also want to add the original functionality of CAT, so the possibility to apply triggers and conditions to your animation. Since I made this tool 9 years ago I have learned more about how the animations work. So I think by now I can make the conditional animations even more efficient. For example without the problems that CAT has when you have many animations in your object. But I will only start on this part of the Animation Tweaker when the long animations tweak is working.