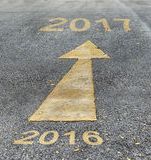 The end of 2016 is fast approaching, so it’s the time of the year to look back a bit on the last year and look ahead a bit to 2017 as well. For scenProc the last year has been very exiting, with a lot of ideas I had in my head coming to life. But I should also say directly that as users you haven’t seen much from this yet, because most of the new features are currently in a kind of alpha phase and are being tested in a project I’m involved with. In 2017 I hope that these new features will also start to move to the development release. Although I do not have a clear release plan for that in mind yet. But let me use this blog post to shed a bit of light on the possible future of scenProc, by describing some of the things I’m working on.

Currently scenProc can place XML scenery objects and effects for you. But I have been experimenting with placing XML bridges as well. The idea is that you use line vector data to generate such bridges automatically. The current results are quite interesting already, as you can see in the screenshot below.

A second area that I have been working on is the generation of terrain vector scenery using shp2vec. Since scenProc can already process geographical vector data the step to shp2vec is not that big. And using the filtering functionality of scenProc you can then select which data should be used for the different terrain vector types. Below is a screenshot of a test area in Luxembourg that has been populated with terrain vectors using scenProc. 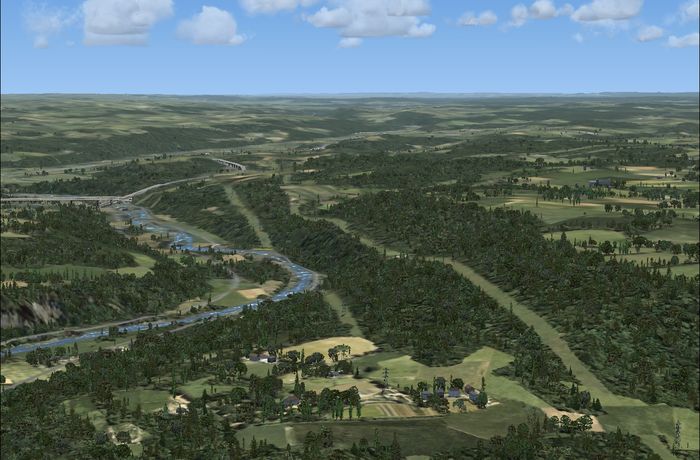 The main feature of scenProc has always been to generate autogen, but wouldn’t it be nice if you could generate the photoreal scenery as well? I have been working on exporting photoreal scenery using resample. Based on vector data scenProc can generate the water and blend masks for me and I have implemented basic colour corrections. I hope to do more colour correction stuff, for example for seasons or night versions. The image below is an example of a photo scenery made by scenProc (and autogen detected by scenProc).

The last area I’m working on is improvements for processing big areas. With Nantucket I did detection of vegetation, but wouldn’t it be cool to also detect the buildings? And Nantucket is “only” 120 km² in size. So how to scale things up if you want to process an area of let’s say 1500 times that size? I’m working on new features to run multiple scenProc instances in parallel to process such big areas and ideally I hope to distribute it over multiple machines as well. And of course the feature detection itself needs some optimisation to make it scale better. Below is a screenshot of the batch runner tool I’m working on for this parallel processing. 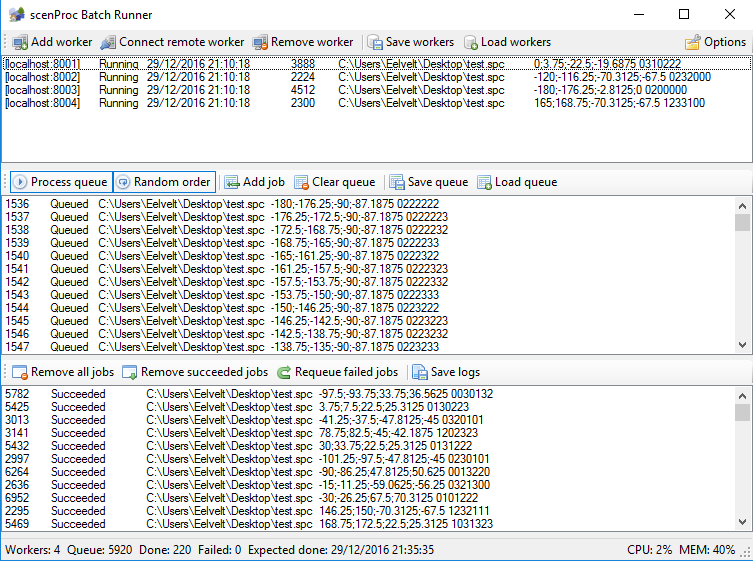 So as you can see there are a lot of interesting ideas that I have started working on and that will hopefully become reality in 2017. But I can’t promise when or in exactly which form the different features will end up in the development release. At least it shows in which direction I’m thinking.