This week I did some work on creating elevation data for our Dutch NL2000 scenery. I would like to share the challenges and solutions I encountered.

For the NL2000 scenery we have been looking for replacement elevation data for quite a while already. The default FSX elevation data is OK, but it is not really detailed. Although the Netherlands is not mountainous, it would be nice to see more detail in the hills and dunes.

Our first challenge was to find source elevation data that we could use. Given that it is a freeware project we we looking for free or contributed data sources. Just this week I found at that the Dutch government has made 25 meter resolution elevation data available for free. So this sounded like good news. However an examining the data a bit more, it turned out that certain parts of the data were not filtered. This means that the data does not only contain the terrain there, but also elevation points that belong to buildings and other structures. When I tried this elevation data in FSX, especially the cities turned out to have a lot of noise in the data.

So this did not look good. But fortunately a vector file was provided that contained the areas were the data had not been filtered. So using this vector data it should be possible to replace the elevation data in those areas with another source. But where to find another source?

In the end I decided to use the vector data set of the Netherlands that the government has also made available. This vector data set does contain contour lines and elevation points. So how to turn this data into raster data so I could merge it with the other set?

In the end it turned out that with GDAL this was not so hard to do. Using gdal_rasterize I could make a raster burning in the elevation data of the contour lines and elevation points. And with gdal_fillnodata I could fill the parts in between. Here are the scripts I used:

The results of gdal_fillnodata are not perfect, sometimes you can see some artifacts in the elevation data. But since I mainly wanted to use this data to replace elevation data in cities, it was not a big issue. Most cities in the Netherlands are relatively flat.

So how did I merge the two? With GDAL again. First I burned a big negetive value into the elevation data based on the vectors of the cities. And then I replaced those parts with the other dataset. Here is the script again:

The final GeoTIFF could be put in FSX very easily with resample. So that resulted in nicer elevation data for the Netherlands. As NL2000 team we are still testing the new data, but it might end up in a future update of the scenery. 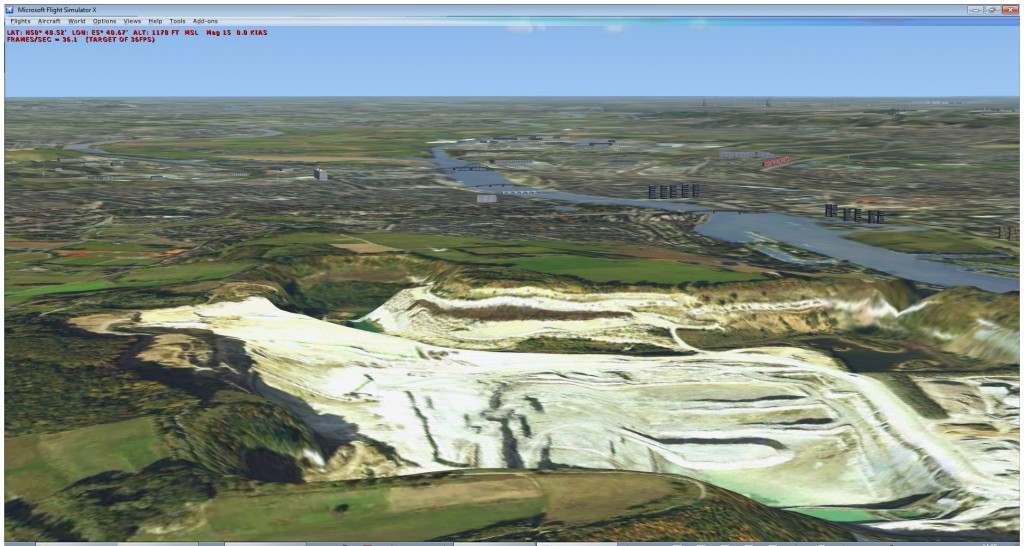