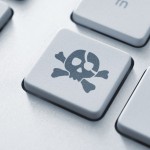 A topic that is now and then discussed is whether ModelConverterX makes it too easy to steal the work of others. The capabilities of the tool indeed make this possible, but there are also many genuine uses of the tool that many developers use. It should probably been seen analogue to a hammer, which can be used to build a house, but also to break into one.

A small anecdote to underline this is that I have been approach by developers in the past who complained that they expected ModelConverterX was used to steal their work. But a little while later the same developer contacted me with a feature request, since he also used ModelConverterX in his own production chain.

Until now the approach in ModelConverterX has been mainly to warn users and make them aware that they need to consider copyrights. For example by showing a warning when you export a model. Also on the FSDeveloper forum this is a topic we often stress when making modifications of work is discussed.

But now that the skin and bone animations are supported, I hope to release this new feature in a few days, I have come to the point that ModelConverterX can import and export even the most complex FSX models without features being lost on export. The fact that complex features like animations, mouse rectangles, etc. were not supported before was in a few a “feature” to make piracy less attractive because certain features that require a lot of work were lost.

So therefore, together with the release of skin and bone animations, I will introduce some measures in ModelConverterX that will restrict non-genuine use of the tool. As seen in the picture below, when the tool detects that you are not the author of the model it will inhabit export and show a warning. How to detect someone is the author is not easy of course, but the approach that ModelConverterX takes is that it assumes that you are the author if all custom animations and visibility tags are in your ModelDef.xml file. If you don’t have all entries, it is assumed the model is not your work. 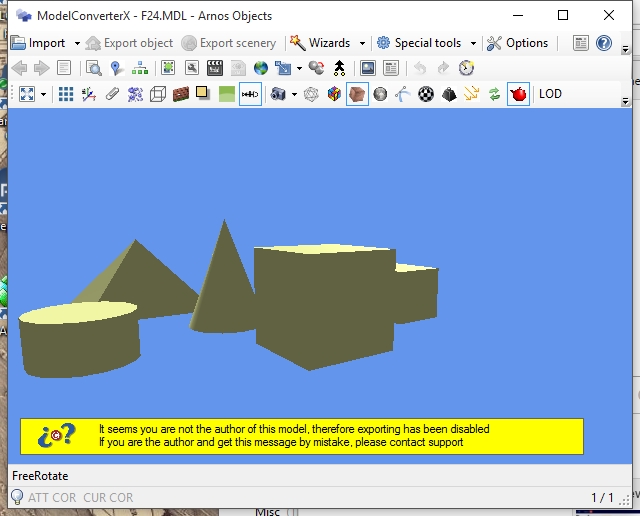 I hope that the ani-piracy measures as described above are a good balance between allowing genuine developers to use ModelConverterX in their workflow and making it not too easy for people with bad intentions to steal your hard work. If you have other suggestions or ideas on this balance, please share them with me or the community.