It’s a while ago that I posted about the progress of my tree detection efforts. So here is a quick update. Some other things kept me busy, so there hasn’t been too much progress recently.

I was able to run the tree detection algorithm on the entire island of Nantucket now. It took around 3.5 hours. Below you see a screenshot of the result. I have to be honest that I took the screenshot from a good angle. There are areas where there are quite a few false detections, which results in trees on locations where they should not be. Mainly in the water. So my efforts will be focussed on finding a way to eliminate those.

In one of my earlier posts I mentioned that polygonal autogen vegetation did not work well, since trees not always show up. But that was wrong. I ended up added a buffer to my detected areas to make them a few pixels bigger and that was enough to get the trees displaying. I now I conclude that the polygonal vegetation is probably still the best way to go. 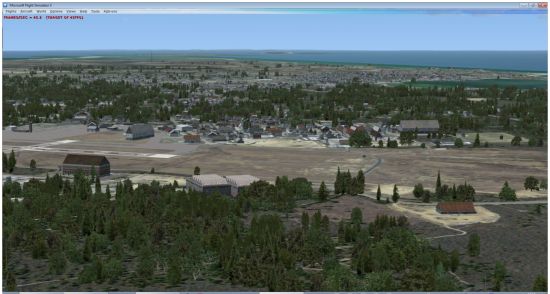